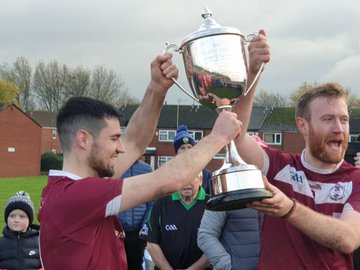 The Britain GAA Junior Club Football Provincial Championship has been won most often by London GAA clubs since 1967, with only Warwickshire GAA’s Sean McDermott’s (1972, 1973, 1975) and John Mitchell’s (1988) and two wins for Yorkshire’s Hugh O’Neill’s (1982 and 1999) and one win for Lancashire GAA’s De La Salle College (1974) interupting the sequence.

The most recent winners have been Thomas McCurtains of London, with a 7 point victory over Scotland GAA’s Glasgow Gaels in the Final (1-11 to 0-7). The winners of the Britain GAA Football Club Championship qualify to play in the All-Ireland Junior Club Championship (3rd Level or Division) alongside the Junior Provincial Champions of Connacht, Leinster, Munster and Ulster.