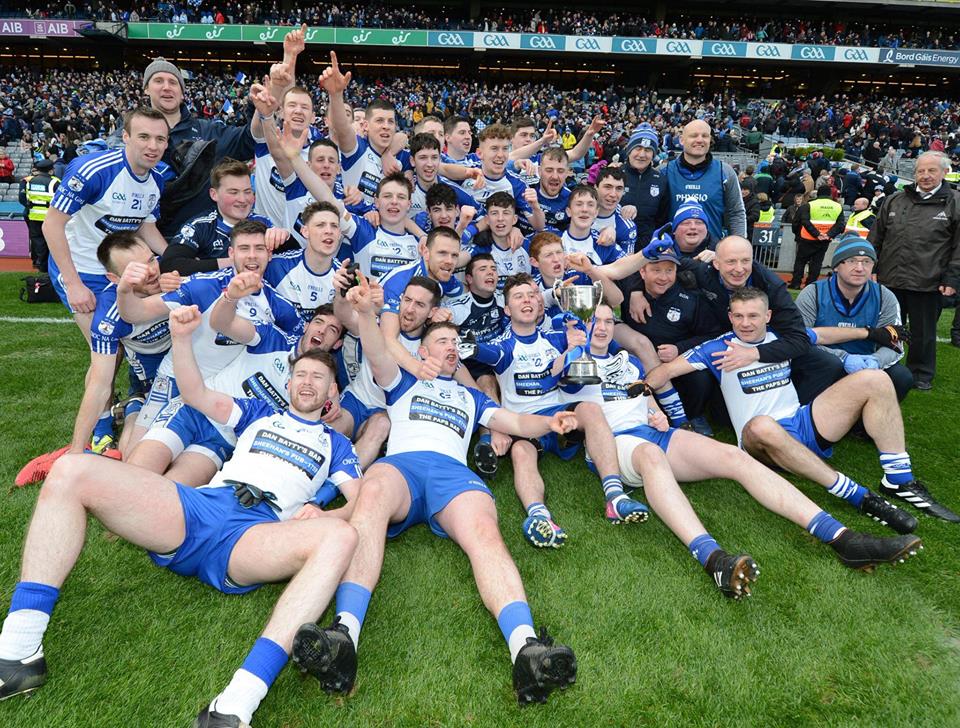 A free-kick near the end of the match from Daniel Clarke proved the difference for Naomh Colmcille as the the Donegal side narrowly defeated their Scottish counterparts in Edinburgh. Dunedin scored first through Damien Keane and led by 0-4 to 0-3 at half-time. Soon after the second half began Naomh Colmcille went ahead through a goal by Ryan McErlean, however Connollys answered immediately with a goal of their own to tie the game. The lead changed frequently after this as the sides traded score-for-score towards the end of the match. With two minutes remaining Dunedin netted their second goal to once again level the match, however Clarke’s free kick was enough to separate the sides.

Two soft goals early on for Knocknagree settled this semi-final. James Dennehy and Anthony Connor netted with a bit of fortune and poor defending from Donegal side. The Cork side went into half-time leading 2-4 to 0-3 and while the second-half was more even Naomh Colmcille never found a way back into the game. Naomh colmcille ended up with 13 men as Knocknagree eased to victory.

Knockragee won their first All-Ireland Junior Football Championship, and Cork’s first since 2008, in a high-scoring Final at Croke Park. Six goals were scored in total, three for each side, as Knockragee scored all of their 3-13 tally from play. Both sides are small clubs who haven’t known glory like this before: Multyfarnham’s Westmeath JFC title was their first title of note since the 1950s and Knocknagree’s greatest achievement to date was their Munster Junior Final earlier this season. Man-of-the-match Fintan O’Connor scored the opening goal midway through the first have for the Cork side, and Michael Mahony added one 40 seconds later. At half-time the score was 2-7 to 0-5 in favour of Knocknagree, however, the scoring was only beginning to light up the scoreboard. Knocknagree reverted to six defenders with their lead, but that only served to encourage the Multyfarnham forwards, who scored a goal of their own through David Wallace. Knockragee scored a lucky goal from goalkeeper Patrick Doyle’s 45, to stretch their lead again. Two stoppage-time goals from Mark Fallon, weren’t enough for the westmeath side to level matters, and the title, Knockragee’s first at All-Ireland level, went to the Cork side.

Thanks to Michael O’Callaghan